They just can’t help themselves, can they? First they crash us out of the EU, then they get rid of St. Jezza, now they’ve decided to flush the concept of subjectivity down the same ideological crapper as peaceful protest, the Liberal Democrats, and a middle-aged man’s right to get his kit off in Topshop.

And this latest assault on progressivism is the modern right’s nastiest yet. Not content with destroying the logical, inclusive notion that a child’s gender has nothing to do with ‘biology’ and is actually determined by whether they prefer Tonka Dolls to Barbie Trucks, they’ve now declared that if you post a photo of someone online the name in the caption absolutely MUST correspond with the person in the picture. Jesus H. Corbyn.

Yes, I’m talking about The Guardian, and the recent fury directed at star columnist Owen ‘OJ’ Jones by an army of fascist trolls and self-hating Peoples of Colour because a piece he wrote about misunderstood rapper Joe Wiley was accompanied by – the horror! – a picture of fellow misunderstood rapper Kanu. Cue an avalanche of invective from right-wing bullies accusing OJ and the G of racism for mixing up a black pop star with another black pop star. And not just any black pop star, but a black pop star fond of making sharp observations about the inherent evil of Jews.

Personally I don’t know what Kanu’s issue is – I’d be honoured if a newspaper got me mixed up with a brave truth teller like Wiley. The only problem is, they hadn’t. Because as anyone who’s been paying attention knows, in 2020 nothing is quite as it seems. And despite what the frothing loons calling for OJ’s head might say, the photograph used was Wiley. Don’t believe me? Read on.

Okay, technically the photo was of Kanu, by virtue of the fact that Kanu was literally the person in the photo. But where did the photo come from? I’ll tell you where: Google. Which begs the question: who died and made them the authority on who’s Kanu and who isn’t? Why should moneybags capitalists who employ virulent sex pets like James Damora get to assign a name to a person in a photo based on nothing more than the fact that that’s what the person in the photo is called? We already have bigoted doctors deciding non-binary babies are male or female simply by checking between their legs and look where that got us.

No, who or what a photo depicts is in the eye of the beholder, like beauty, gender and whether or not someone is a Nazi. Don’t believe me? Check out this picture of a well-known Hollywood star: 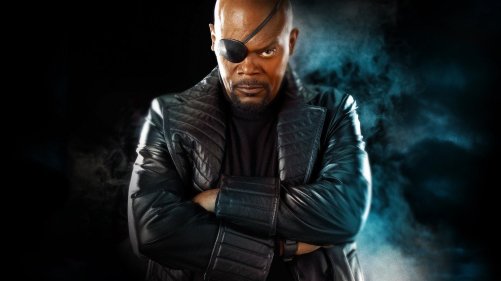 As you may have noticed, this is a touchy subject for me, as I’m often wrongly accused of getting people mixed up. Indeed, since launching this blog four years ago I’ve been repeatedly harassed by pedantic right-wing halfwits who seem to think my opinions on political and cultural issues are somehow worthless because their tiny brains need to be spoonfed a photo of Gary Neville in an article about Gary Neville when any idiot knows a picture of his brother Phil is just as valid.

Plus, their tiresome claim that I ‘always’ get people mixed up couldn’t be more wrong. Indeed, most of the times I’ve been accused of using the wrong photo I’ve actually used the right one, such as this delightful picture of Diane Abbott looking radiant on a yacht which accompanied my 2016 piece on Lady Di’s brave humanitarian work:

More importantly, even on the odd occasion when I have used a photo that technically wasn’t the person I said it was, it is entirely irrelevant because on the day I used that picture they were that person. See? The fact that in 2020 I still need to explain this to right-wing dunces is utterly tragic.

Thankfully, OJ did the decent thing and apologised for the ‘mix-up’, despite the fact that it wasn’t a mix-up and had bugger all to do with him. For his troubles he got ambushed by cancel-happy trolls convinced the photo was used deliberately, who refused to accept his apology and were utterly incapable of grasping that the photo was picked by a picture editor, not Owen. Still, given his passionate defence of cancel culture and Twitter mobs on the grounds that punishing people for stuff they haven’t done is simply a way of holding them to account, he can hardly complain when a Twitter mob holds him to account for something he didn’t do, can he?

Instead, Owen made an emotional video pleading his innocence, mumbled a few banal platitudes about systemic racism-or-something, then said ‘sorry’ and vowed to Do Better. Good lad. See how it’s done, Toby? The world may be about to end but it’s comforting to know we can always rely on a spineless modern leftist to cravenly prostrate himself on social media when he’s done nothing wrong.

Let’s back up for a second. Sure, this piece was published in The Guardian, Fleat Street’s last bastion for progressive ideas, left-wing rabble-rousing, and searing think-pieces on the latent fascism of Tommy the Tank Engine. But as all decent Corbynites know, in recent years the paper has soiled its reputation by printing the odd column critical of the Dear Leader, which they pathetically tried to compensate for by printing significantly more about how bloody awesome he is.

Indeed, these sporadic anti-Corbyn pieces were instrumental in Labour losing the last election (and the one before), denying St. Jezza the celebratory election night three-way he’d been promised by flame-haired minx Amanda Rayner and communist fuck-champion Ash Starkers.

The more I think about it the fishier it becomes. (The OJ photo mix-up that is, not Jezza getting double-teamed by Ash and Mandy.) And it becomes even murkier when you remember that The Guardian did the same thing a few days earlier when they reported the death of Britpop singer Denise Johnston (below) with an accompanying photo of mass-murdering Prime Molester BORIS Johnston.

Either The Guardian is deliberately disseminating racism and misogyny or the recent cuts have hit so hard that they’ve given the job of picture editor to the bloke who washes Polly Toynbee’s incontinence pads. White supremacist messaging or unpaid intern fuckwittery? I’ll let you decide. (It’s clearly white supremacist messaging.) But whoever’s responsible, the fact remains that to get two People of Coloured mixed up once is unforgiveable, to do it twice in the same week is criminal.

Sadly for OJ there’s no coming back from this. After defying Lod Corbyn four years ago he was given one last chance to prove himself and this is how he thanks us. We even rewarded his efforts to make up for that betrayal by promising him that when Labour swept to power we’d only hang him once. He can forget all that now.

So if you’re reading, Owen, I’m afraid that tear-stained apology is fooling no-one. As much as we’d love to remember you for your sterling work spreading Corbynism and helping Jezza become the first leader in history to win two elections in a row by coming second, from hereon you will be forever known as the former leftist who thinks black people all look the same. You made your bed, comrade. DEAL WITH IT.

In the meantime, let’s send our warm wishes to the real victim here, rap superstar Kanu, who I’m proud to call a friend and an ally despite having never heard of him until last Friday. And to show that we true leftists don’t have a systemically racist bone in our fascism-scarred bodies, here’s a photo I took last night of Kanu ripping it up at a socially distanced invite-only VIP show at the Cumberland Arms, Byker, the proceeds of which will fund Joe Wiley’s forthcoming legal action against Twitter, Rachel O’Riley, and the Zionist Federation of Britain. (We’re coming for you.) 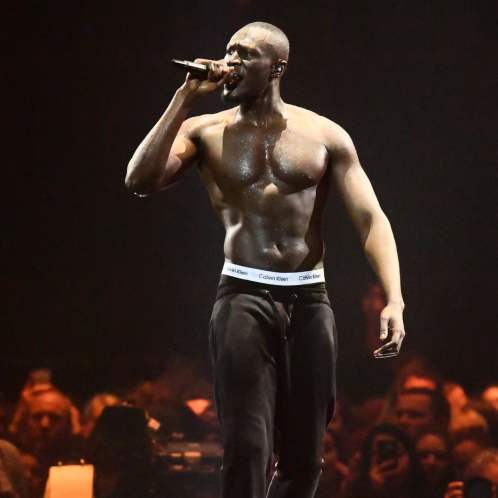